Born in 1969 Pierre-François GRIMALDI lives and works in Paris. His work is built and begins with a search for material: posters from the 30s to the 50s still present in the Parisian metro stations. It is during the renovation of the stations that the artist, like an archaeologist, goes on the traces of the past and appropriates these posters. He creates compositions of paper that he maroufles on canvas to give them another meaning of reading, in a permanent search for aestheticism. These compositions are at the same time abstract, modern, strong, colourful and singular. In a society where the image is omnipresent and our urban landscape is saturated with it, the artist will search for the forgotten vestiges of the premises of our mass consumption. Modernity prevails over nostalgia.

Pierre-François GRIMALDI invents a language. He creates compositions dictated by his sensitivity showing the evolution of our society and the ever-present excessive consumption.

Pierre-François GRIMALDI found his medium by unearthing old advertising posters from the 30s to the 70s during the renovations of the Paris Metro. His compositions are inspired by the recovered posters. Memory of History, these pieces of paper exposed and weakened are witnesses of their time, whether by their subject (political, advertising, informative) and by their graphic, typographic content and the palette of colours used. Pierre-François GRIMALDI gathers them, rediscovers them and renovates them in his workshop. Following in the footsteps of the New Realists (Jacques Villeglé, Raymond Hains), his work joins the art of assembling and accumulating elements borrowed from everyday reality but belonging here to the past.

For the past twenty years, he has used the talent of period poster artists (Benjamin Rabier, Bernard Vilmot, …) to recreate worlds of yesteryear mixing modernity and the past. These compositions are very abstract with figurative posters, he knows how to play with the different formats often presented under Plexiglas formwork but also naked, putting the viewer directly in contact with the material. Made up of almost littographic posters, the volume of his works is revealed by the successive layers of glued posters that have been torn off.

Pierre-François Grimaldi’s works have been very much in demand at contemporary art fairs, among collectors in Paris and London, as well as at the exhibitions he has been able to put on during his twenty years as an artist. 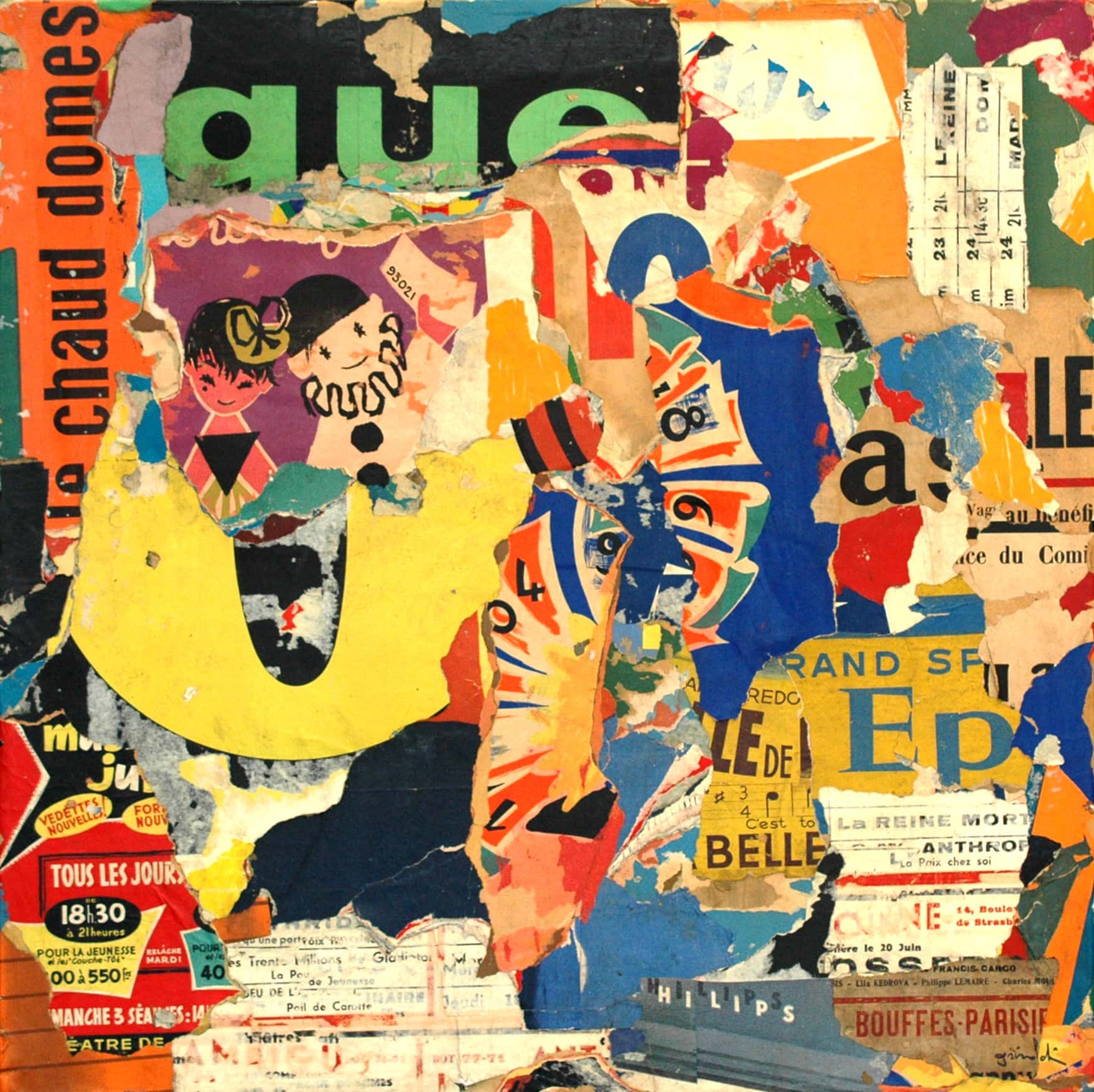 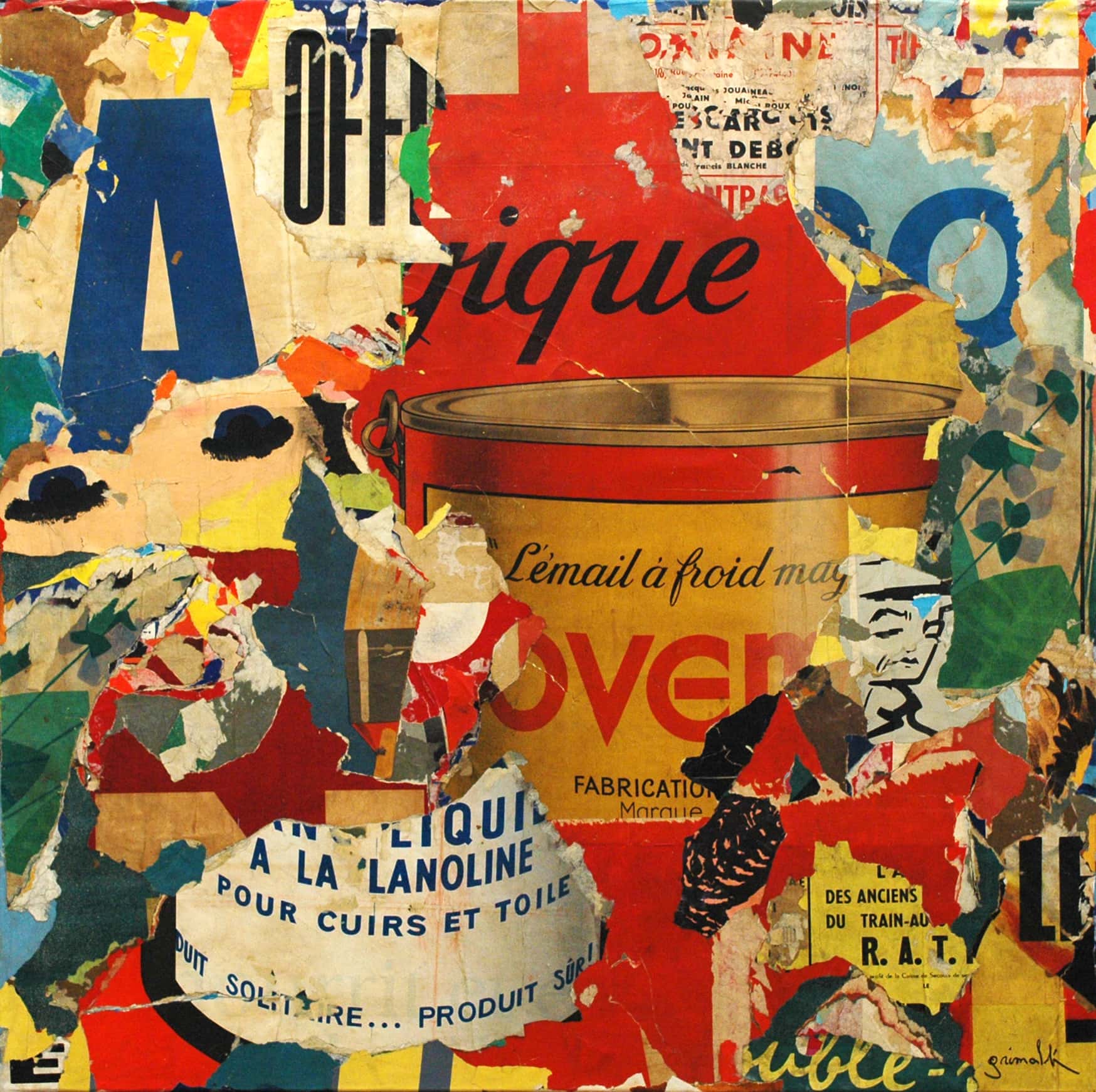 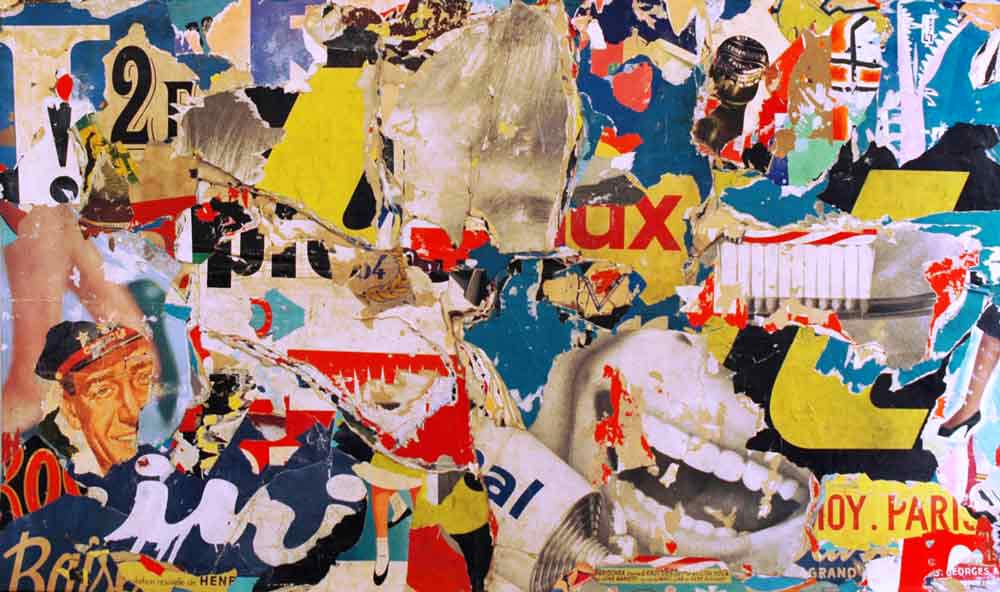 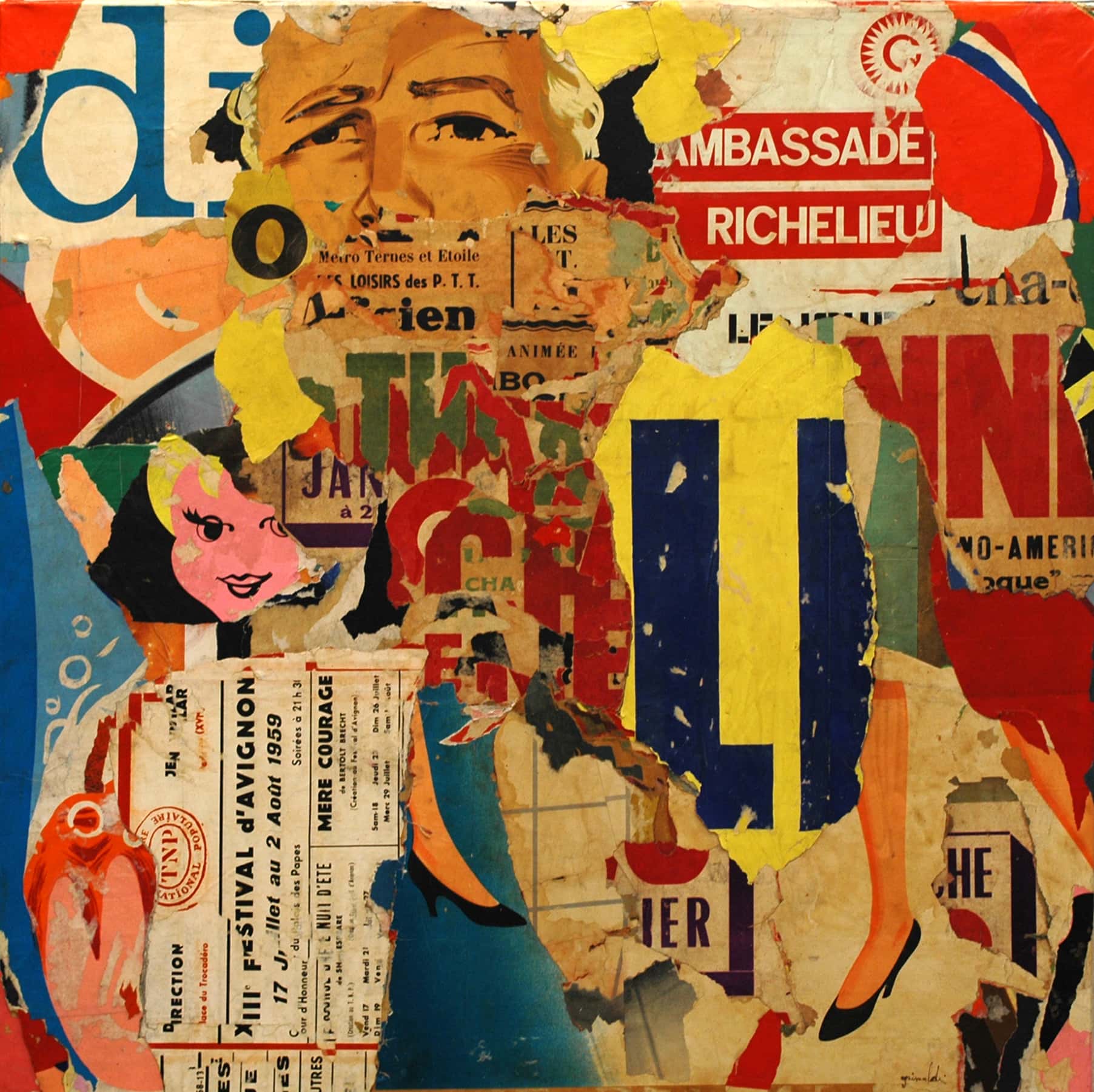