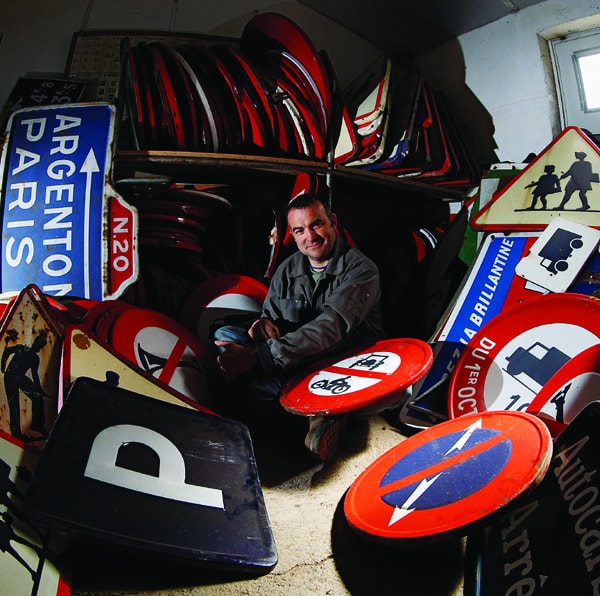 Costa, plastic artist, cuts road signs into pieces, delivering lying, luminous mosaics of enamelled plates. He recreates meaning with an innate talent for aesthetics and the balance of shapes and colours. In 2013, Costa is admitted to the very closed club of artists of the 24 Hours of Le Mans where he signs the official Art Car. A confirmed artist, Fernando COSTA has been exhibiting his work in France and abroad for more than twenty years.

A modern sculptor with ancient codes

Through his recumbent sculptures, Costa revives a part of our collective past that comes to life again in his works. Filled with symbols of the 50s and 60s, Costa awakens the nostalgia of the collector who is free to tell his own story.

In December 2019, the National Wall House Museum in Saint-Barthélemy (French West Indies) opens its doors for an exhibition of works relating to the island.

At the end of 2018, during an exhibition “Those of 14” at the Town Hall of Sarlat (Dordogne), he pays tribute with great emotion to all the “Poilus” of the Great War through the creation of lying sculptures accumulating metal objects belonging to French soldiers (helmets, weapons, medals …).

In 2018, Fernando COSTA will be creating monumental works for PSA Citroën in the Poissy car manufacturer’s own plant. This is followed by an exhibition at DS Word PARIS, rue François 1er Paris 8 (PSA exhibition space).

In 2016, the Crypte Sainte-Eugénie in Biarritz opens its doors, regularly inviting the greatest French artists; the number of visitors exceeds the one of the César exhibition.

The Ancien Evêché de Sarlat (Dordogne) is devoting a retrospective to him (during the summer of 2013), succeeding to Combas and Dali. That same year, he signed the official Art Car of the Le Mans 24 Hours 2013, after Warhol, Klasen, Jeff Koons among others.

The strength and originality of Fernando COSTA’s work has been generating great enthusiasm for several years now among an increasingly wide public. Acquisitions by public collections but also by major private collectors as well as the singularity of his work make him an artist in his own right. 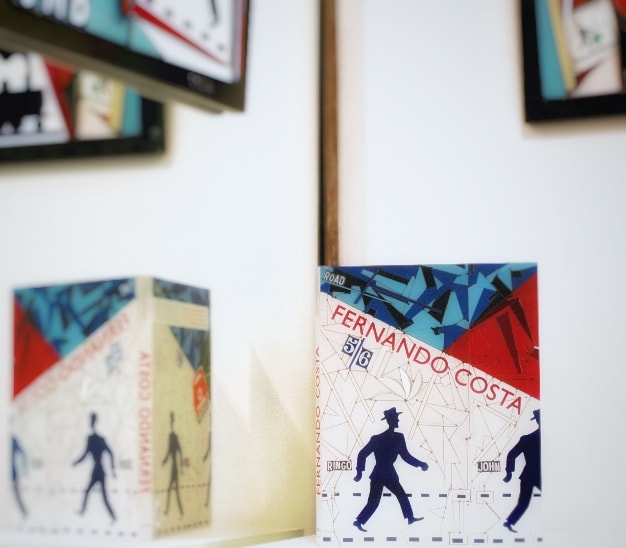