He began in 1989, in the Moskova district (18th arrondissement of Paris), to paint animals of the Savannah to brighten up its endangered ruins.

His creations are made with stencils, often enhanced either in the streets or on rather rough supports such as wooden fences or metal supports.

An artist who beautifies the streets

His message is simple: he wants beauty, gaiety, life, where there is ugly, dark, ruins. His ambition: to beautify the street.
His exhibitions follow one another.

In 2004, when the book “Paint the Giraffe” was published, these works representing giraffes, zebras and felines were painted on wood, palisades and other salvaged materials were presented in the gallery. In 2005, an exhibition (“Section Urbaine”) will showcase his work where he will develop his techniques in his studio in Aubervilliers and then in Montreuil while continuing his street performances, from then on, his popularity grew over the years. His participation in the Tower 13 project (in 2014) will be noticed.

A notoriety that grows with the emergence of urban art

The freshness and freedom of his work are now recognized by the general public. He participates in the creation of walls for a new shopping centre, notably with the artist Chanoir (2019). 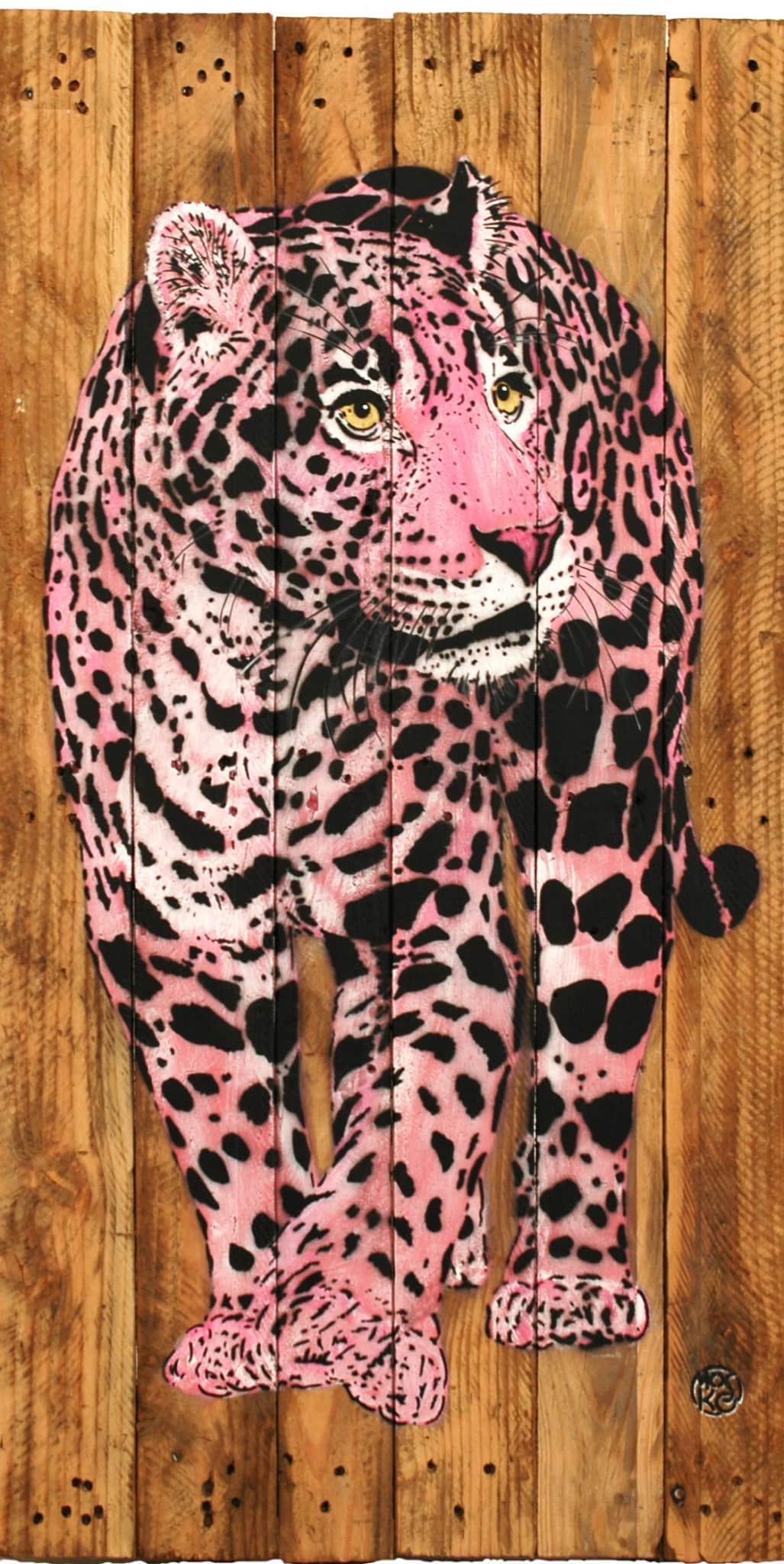 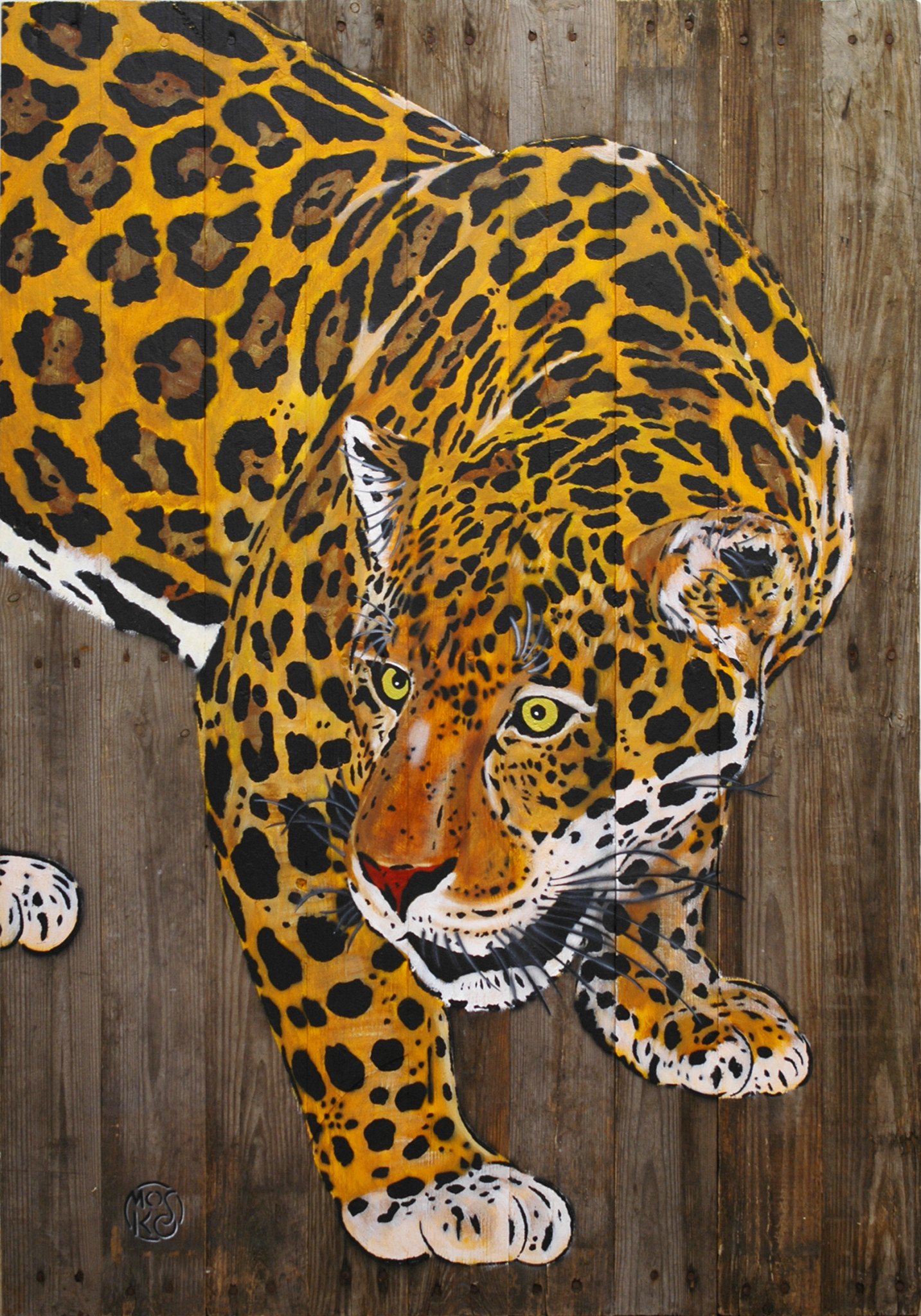 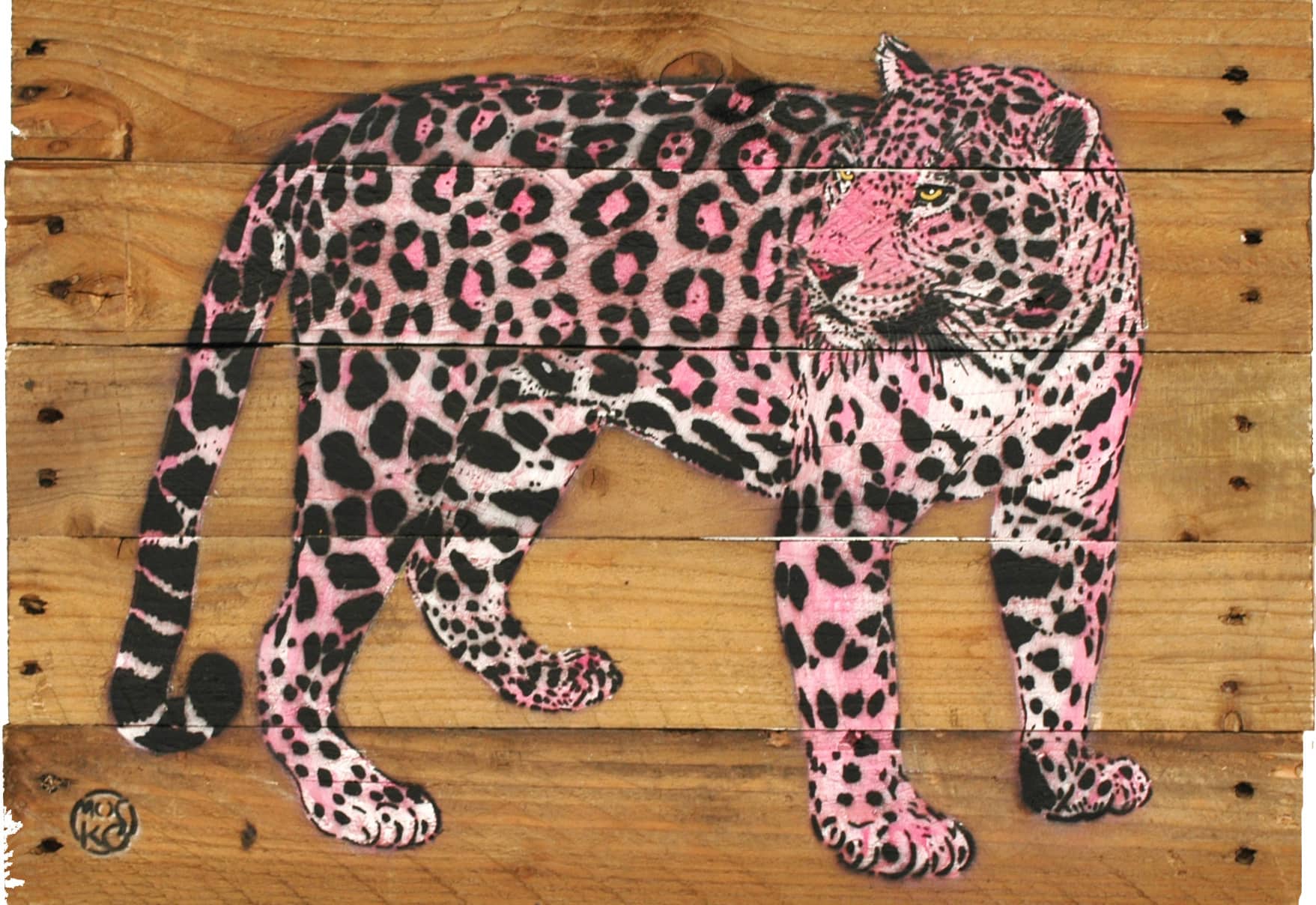 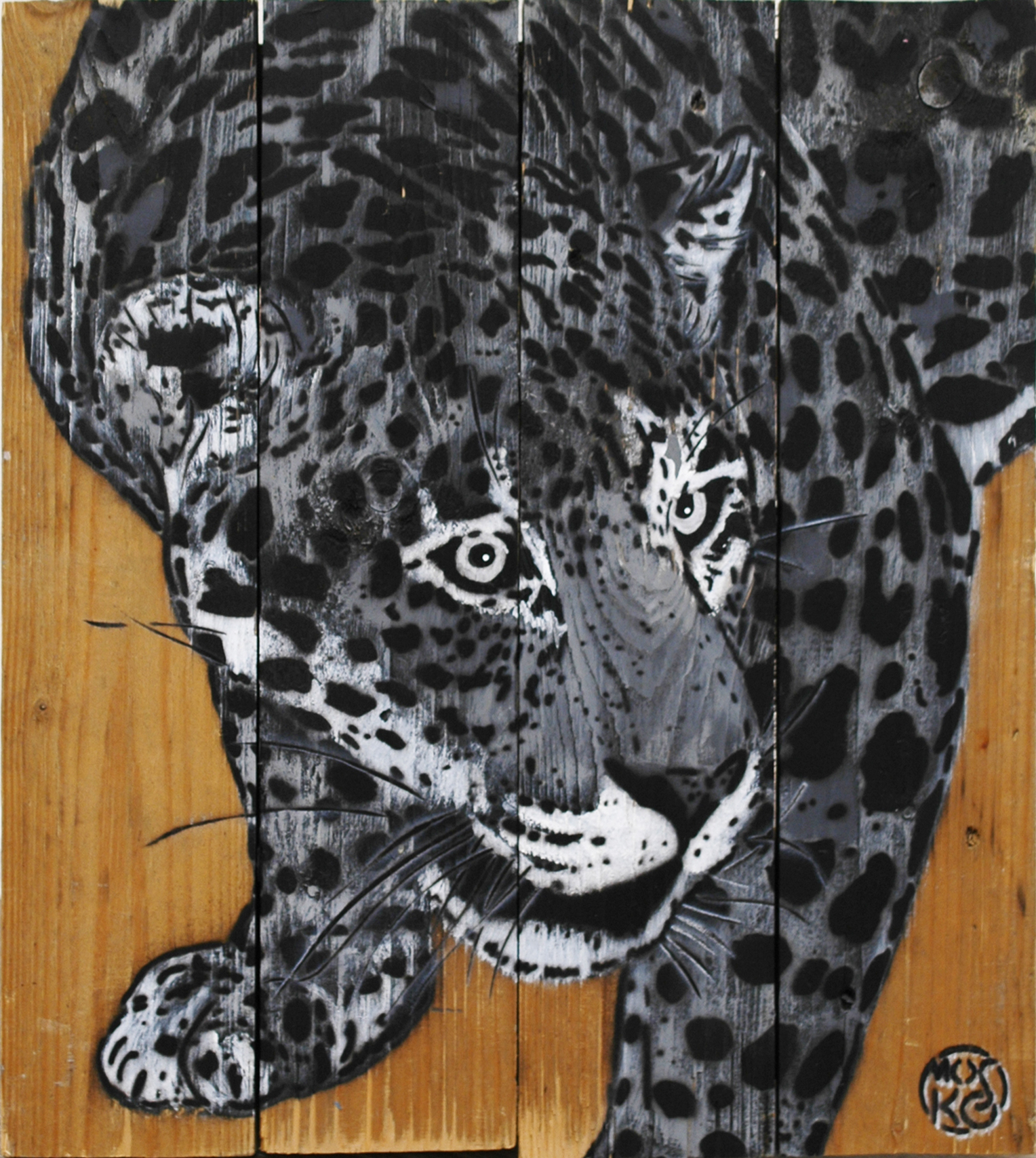 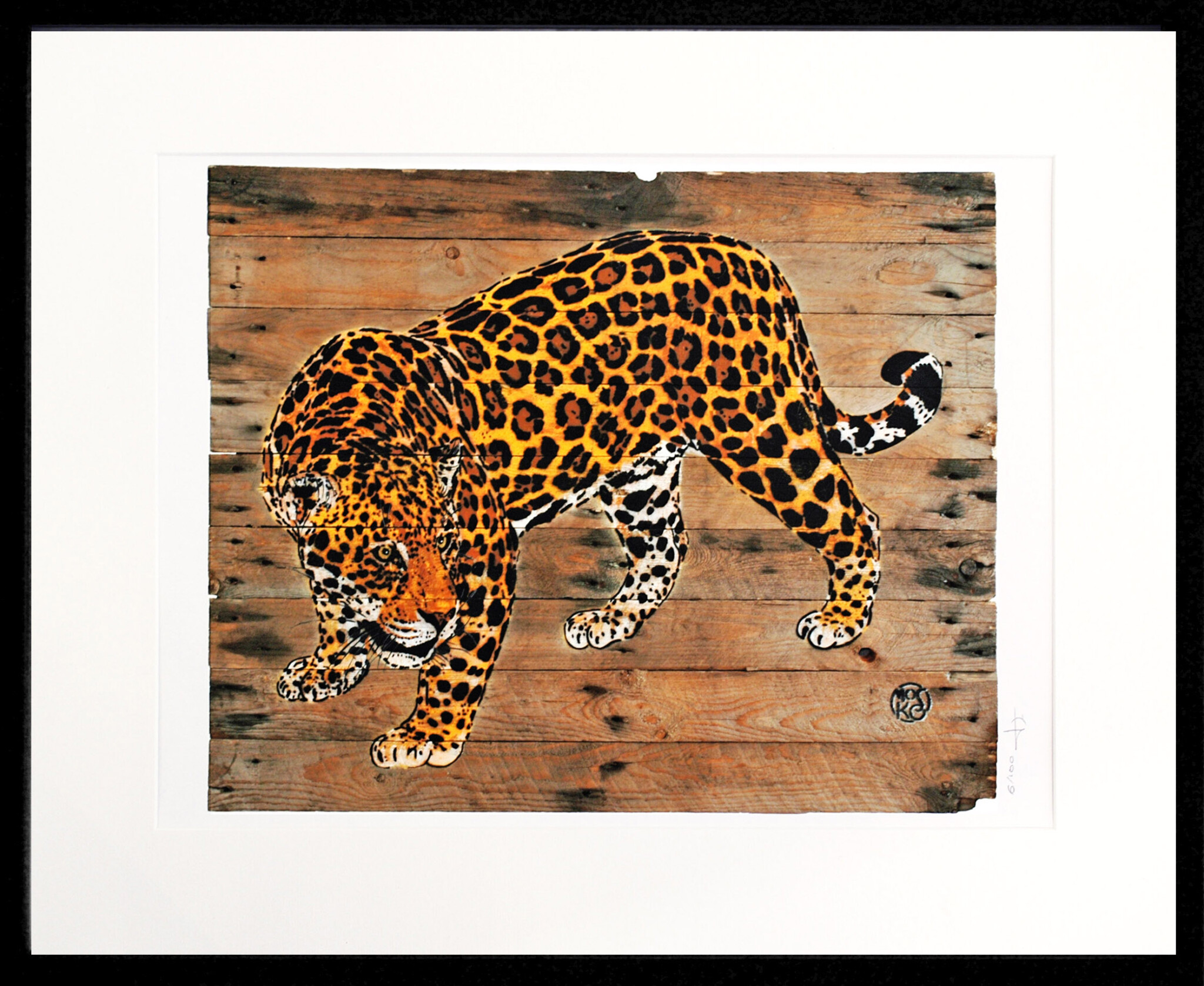