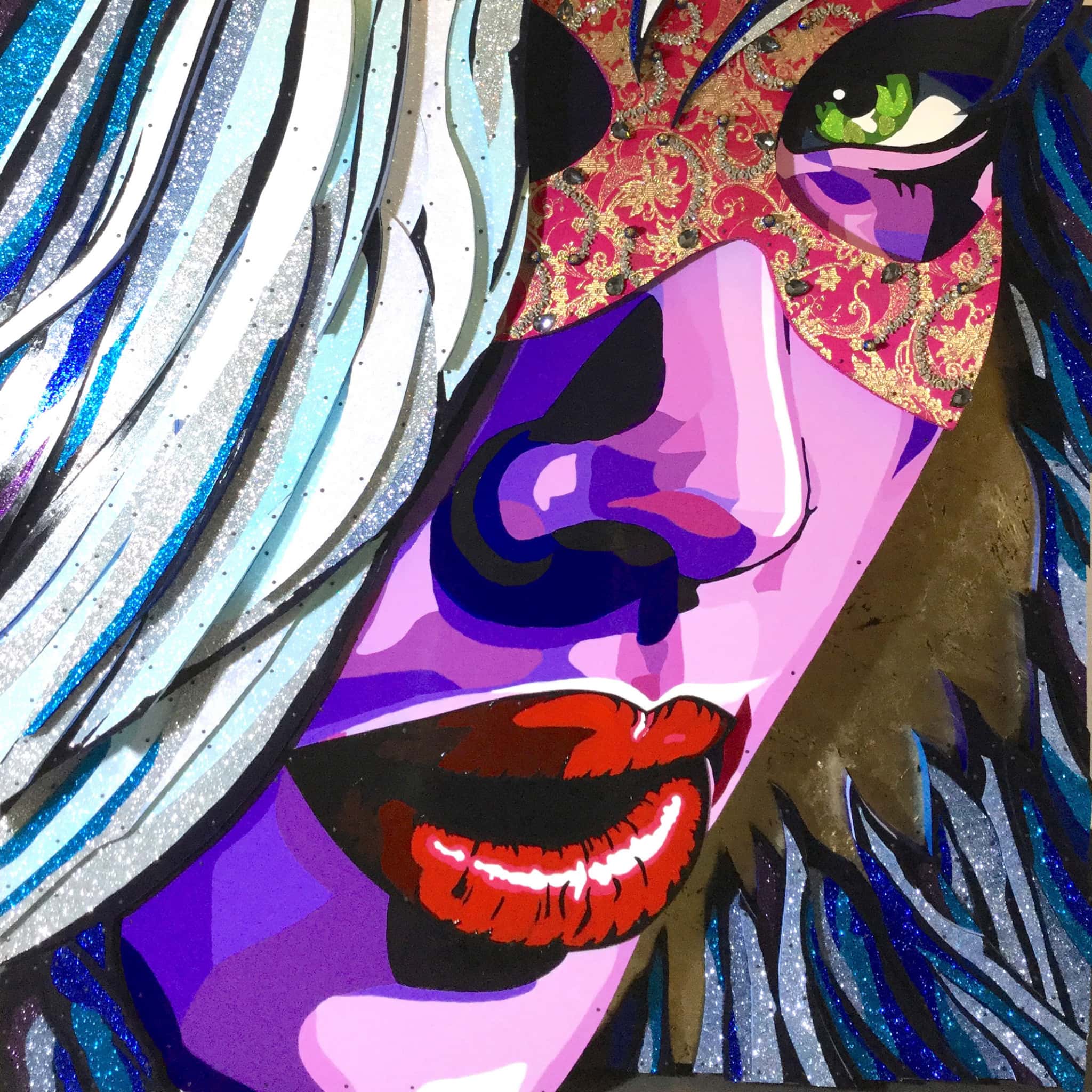 Rod is a French artist born in 1977. From an early age, he experimented with drawing and painting. He obtained a master’s degree in plastic arts before moving towards film decoration. After seven years in the film industry, he returned to the American comic books that rocked his childhood.

Works out of the frame :

Mythical characters, super heroes and bad guys, cohabit on striking canvases. Captain America, Spider-Man regild their shields in bubbles that come off dangerous tracks. Rod evades the visual codes of comic strips to infuse humanity embellished with a touch of irony. He extracts a vignette from the environment while preserving its meaning so as not to distort the illustrator’s message. Then, he enlarges and intensifies it by adding volume, relief and by using different materials such as leather, glitter, butterflies etc…

“The Devil is in the detail”:

The artist deciphers the effect of his characters on society and their influence on the construction of identity. From the screening and admiration to rejection, these models emerge as models or counter-models of the visual culture.
All these many details that constitute the message and conceal them. 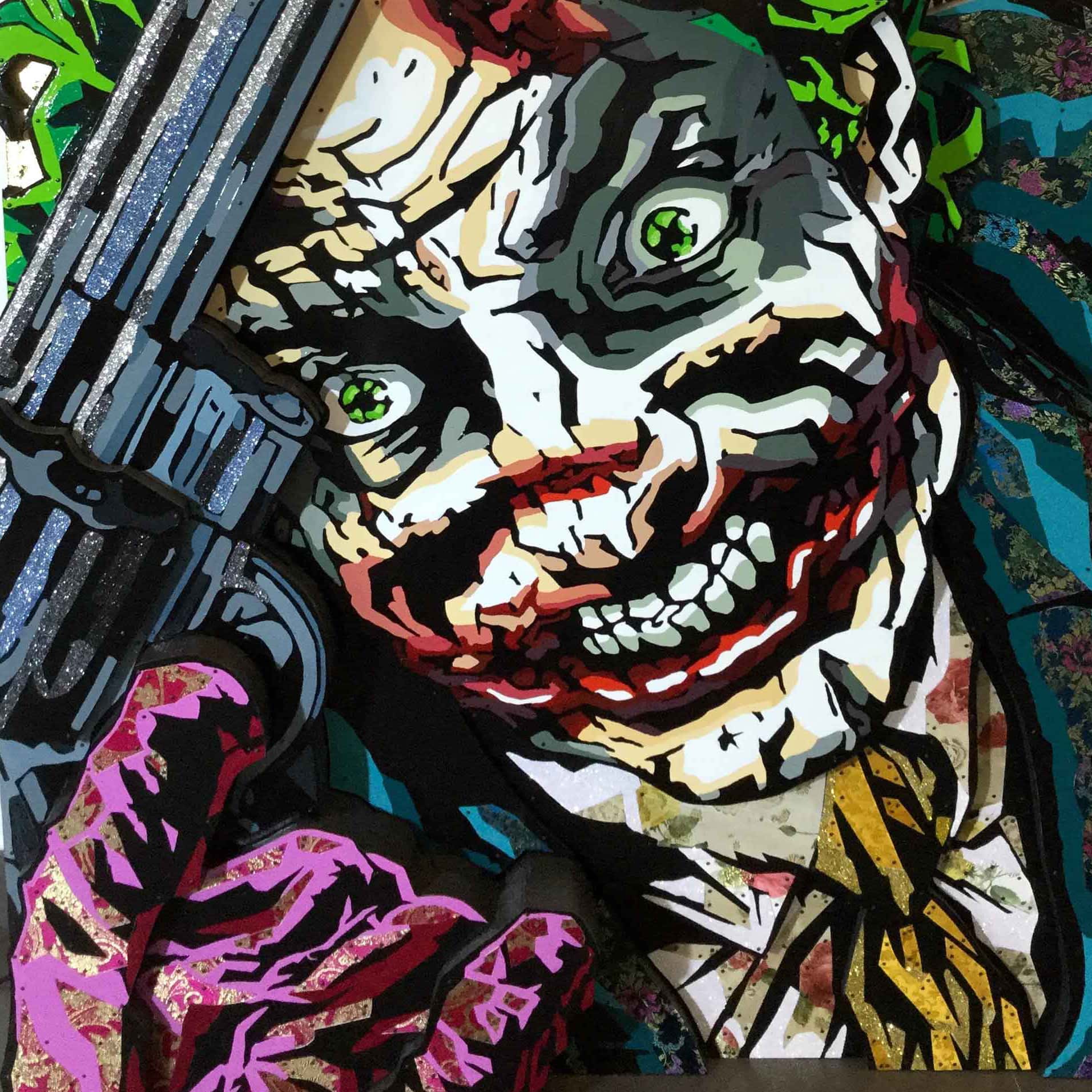 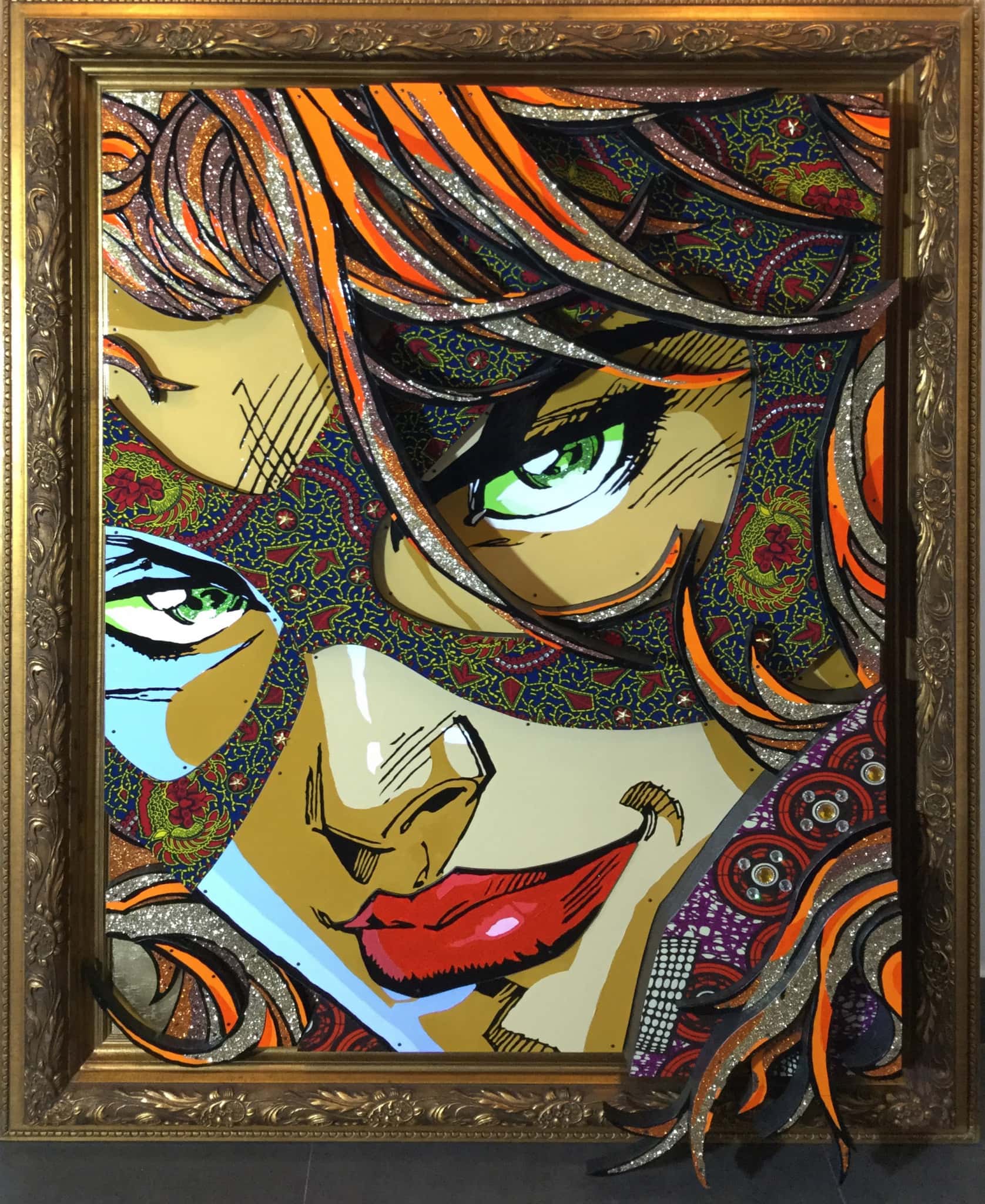