Alban (b. 1967) lives and works in Paris. He is graduated from the Ecole des Gobelins art school in Paris with a degree in graphic design and a degree in animated movies.

Alban has worked as a set designer for the cinema industry. His art has been exhibited over the past 10 years in art galleries in Paris and London and is present in many private collections around the world.

The first impression on discovering Alban’s art is usually that of surprise. These old rusty pieces of metal are actually faked – they are combined sculptures and paintings that have been constructed by the artist out of wood, plaster and resin. They look heavy, but are in fact very light.

Alban takes his inspiration from aircraft wrecks and industrial machinery, but the scale is distorted, colours are magnified and the subject itself is often invented. His work incorporates iconic representations of various cultures through the use of flags, symbols and language, thus creating something that, although it never really existed, can still resonate with our memories and imagination. Like artists from the Hyperrealism movement, Alban is playing with illusions and the notion that the real and the reproduced have often become dangerously interchangeable. 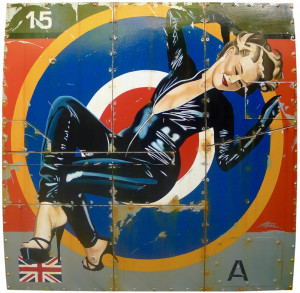 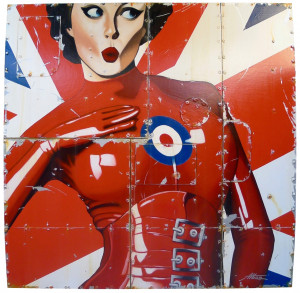 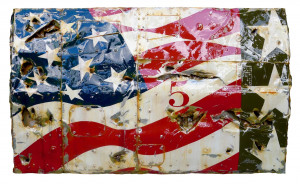